From the project’s readme file:

Focus is an application that aims to help you better organize your day. It contains interesting features as well as astonishing background images and beautiful minimalist responsive design. It is built with vanilla JavaScript and its whole code weights less than 25kb!

I am sharing here a “GoToTop” React JS component that I created today. This component will render a button (shaped as an arrow) when the user scrolls down, past a certain point. When clicked, this button will execute a handleGoToTop() function that will smoothly scroll the screen back to the top.

This is a styled component, making it very portable. It also uses React hooks and TypeScript.

END_OF_DOCUMENT_TOKEN_TO_BE_REPLACED

Among the several strategies aimed at increasing the productivity of a development team, the proper organization of the code related to the software being conceived undoubtedly occupies a preponderant place. Over the years, several methods and tools have been created for this purpose. It is important to know them, especially since they can very concretely result in a substantial saving of time, at least in terms of maintenance activities and bug fixing.

In this context, we’ll take a look at how to deploy styled components in a React JS project with TypeScript using the styled-components library. This technique allows components to contain their own styles. This “encapsulation” of styles also involves CSS in JS, using tagged template literals.

First step: generation of files and installation of project dependencies

END_OF_DOCUMENT_TOKEN_TO_BE_REPLACED

One more Rocketseat challenge completed!✔️ 𝐠𝐨𝐌𝐚𝐫𝐤𝐞𝐭𝐩𝐥𝐚𝐜𝐞 is an e-commerce app, built with #ReactNative, #TypeScript and applying techniques such as #TDD, async storage and context API. 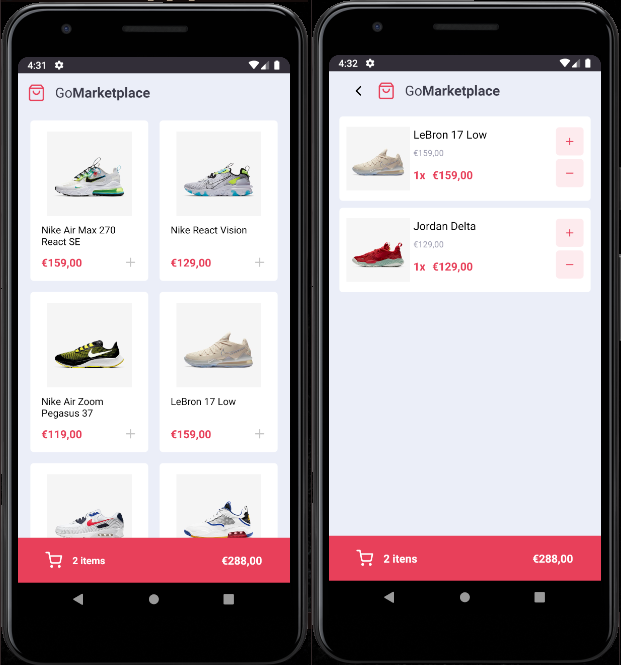 Available on my github: https://github.com/xdth/goMarketplace

By default, browsers will block certain requests if both the client and the server are not in the same origin. Cross-origin resource sharing (CORS) is a specification designed to allow restricted resources from a remote server in a given origin, to be requested by a client associated to a different origin. An origin, as defined by the RFC6454, implies “identical schemes, hosts and ports”.

How does CORS work?

When CORS is not enabled, the response will not contain the Access-Control-Allow-Origin header and the browser will likely block it, as illustrated by the diagram below.

You will notice that although both the API and the client are in the same domain, the different HTTP ports result in both having different origins.
END_OF_DOCUMENT_TOKEN_TO_BE_REPLACED

We will leverage on Symfony’s generators to quickly code a simple user authentication and CRUD system in less than 15 minutes.

Let’s start by creating a new Symfony project, which we will call sym_auth.

Then we will edit the .env file in the root folder, adding our database credentials.

END_OF_DOCUMENT_TOKEN_TO_BE_REPLACED

For choosing between a html select or checkboxes on your form, just toggle the “multiple” parameter on the ChoiceType class. Since the roles are an array, we need a data transformer.

In order to define a bootstrap menu item as “active” in a Symfony 5 project, you can add

to the top of your base.html.twig. Then a twig condition in the navbar can be implemented as follows:

END_OF_DOCUMENT_TOKEN_TO_BE_REPLACED

First you need to make sure that:
– Your LAMP is up and running
– You have a working DNS for the domain you want to use for gitlab
– You have certbot already installed

Prepare the system for the gitlab install